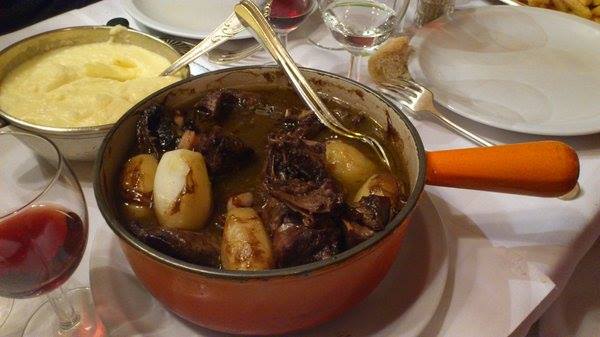 When I think back on all the trips I’ve taken, I think Paris might be the first food-focused trip.  LeeAnne and I went for Valentine’s Day weekend in 2008 (only because Air Canada was offering a deal on flights out of Toronto). Everyone I knew thought it was going to be proposal time, since we’d been dating for a while—what could be more romantic than Valentine’s Day in Paris?—but I was more concerned with eating and, if we’re honest, paying my respects to Jim Morrison’s grave.  Now that is romantic.

While we did see all the tourist sites—The Champs-Élysées and the Arc de Triomphe, The Louvre, Notre Dame, Shakespeare & Co bookstore, Père Lachaise cemetary, and the Eiffel Tower on actual Valentine’s Day (the line of nervous-looking men waiting to get to the top to propose kept us from getting in line to go up; well, that and my fear of heights)—the most important part, as it always is in France, was the food. Unfortunately (or fortunately) this trip pre-dated our obsession with taking pictures of everything we ate.

Le Timbre: French for “the stamp,” because the place is the size of a postage stamp, Le Timbre was one of the highlights of our trip.  The place has 24 seats and, when we were there, employed a single server and the chef.  The food was well worth the stop, and was very affordable at about 36 euros for the basic tasting menu.  I remember the mushroom soup being particularly good. 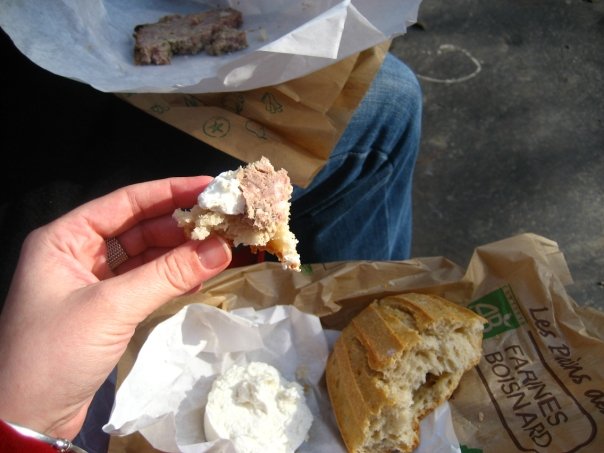 Open-Air Market: Being 10 years ago and not having a lot of pictures, all I can say is that we waltzed through an open-air market at one point and picked up some items for lunch in a park, which I would highly recommend if you ever find yourself in Paris.  Crusty bread, some pate, and fresh goat cheese were perfect for a cold February afternoon.  Until then I hadn’t liked goat cheese much, and this was the moment that it clicked for me.

Pierre Hermé: This was my first experience with macarons, and I guess waiting in line and getting them from the master probably ruined me on them, but these little guys were another eye-opening moment in Paris.  I remember white truffle standing out to me (as I was—and really still am—quite the truffle slut).

A La Biche Au Bois: As I will get around to writing about, I’ve been lucky enough to eat at a lot of great places in my life, some of them ranked among the best restaurants in the world (and one making #1 in 2017). Of all the fancy places I’ve eaten, and all the dives, and all the streetcorners, and all the bars, the coq au vin at A La Biche Au Bois stands out as the single best dish I’ve ever eaten.  It is my death row meal, the one I think about most, and a meal I would fly to Paris to eat and then fly immediately back. The stew was served in a dented-up old pot in a restaurant we were crowded into, but it was fucking amazing.  I can’t even describe the way it makes me feel, which may have to do with nostalgia and the time and place, but I fantasize about this meal.  I recommend it to everyone who ever goes to Paris, and I recommend it to you when you go.  Don’t skip the mashed potatoes, and I hear the chocolate mousse is to die for (I don’t like chocolate).  We stuffed ourselves so much LeeAnne couldn’t button her coat on the way out—in February.

But we still got a crêpe on the way back to the hotel.  Because that’s what you do in Paris.