For only having about a day and a half in Stockholm, we wanted to make the most of it.  We’d decided to take a four-day weekend through Copenhagen and Stockholm, and it wasn’t going to be full of a lot of rest and relaxation: we wanted to see and do whatever we could in our short time in the city.  And, of course, eat as much as we could. We did not, however, see an Ikea in its natural habitat.

We arrived too early to check in to our hotel, so we headed straight to the Vasa Museum, packs and all.  While I was aware of only the huge and impeccably-preserved Swedish warship Vasa, which sank on its maiden voyage in 1628 and was later dredged up in 1961. The museum opened in 1990, and includes six floors to view the ship from, amongst other information like artifacts from the ship and the era, exhibits on the history of Sweden at the time, and information on the building, sinking location, and resurrection of the ship.  I didn’t expect to get much out of looking at an old ship, but the museum was informative and much more enjoyable than I had anticipated.  And at SEK 130 (about $15 US, give or take, depending on the exchange), it’s hard not to justify.

The Vasa. Missing parts were replaced with untreated wood so you could tell the difference

The back of the ship 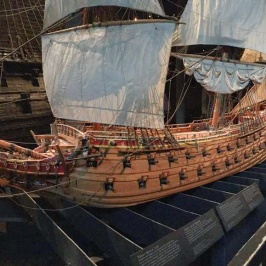 A replica of the ship in its prime

After the museum and some lunch, we checked into our hotel—literally just named Hotel with Urban Deli.  They weren’t lying, either—part of the hotel is a small boutique food shop.  The hotel itself is a boutique basement hotel, which means none of the rooms have windows, but they were comfortable and quiet, and the hotel itself was quirky.  It also had a great breakfast, which is the perfect way to start your day without having to make a lot of decisions about where to eat and then wandering the city before you’ve had a decent coffee.  Bonus, it was very close to a main hub of Stockholm and the walkway to the old town Gamla Stan.

After taking some time in our hotel room to figure out what to do next, we found an English-speaking walking tour that was meeting shortly near our hotel.  The tour took us through Gamla Stan, over hilly cobbled streets, to all its notable spots: the royal palace, Ritterholm church, the Nobel museum, and others.  While the tour itself was great (and I always love the free walking tours), the most notable part was our guide’s girlfriend who was tagging along to learn the trade for herself, who reminded me of Tig Notaro, one of my favorite comedians. 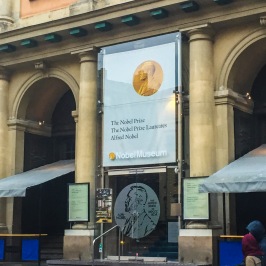 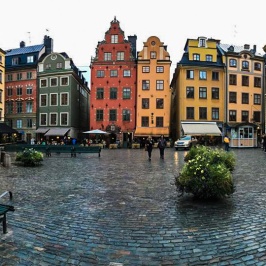 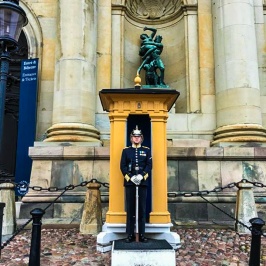 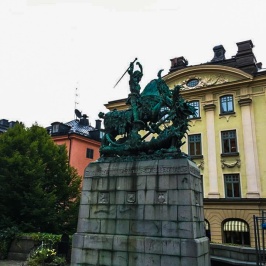 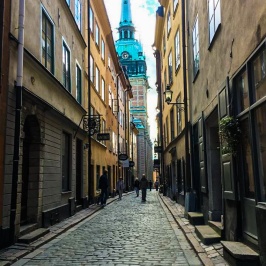 For our second day, after our very filling hotel breakfast, we hopped on the tram to get to Djurgarden Island to visit Skansen, the world’s oldest open-air museum.  The 75-acre site shows what life was like during before the industrial area, and includes a full-scale replica of a 19th-century Swedish town, including inhabitants who dress and work as they would have back then.  There is also a small zoo on the premises. Luckily for us, due to it being a Monday morning and a bit cool and overcast, there were hardly any people in the park.  For SEK 195 (about $20 US), I would go again—and hope to have more time to spend there. 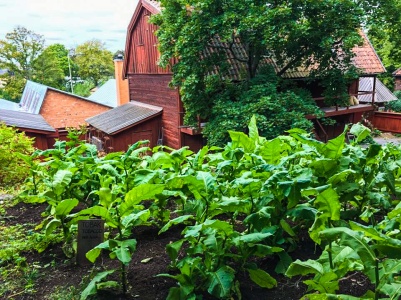 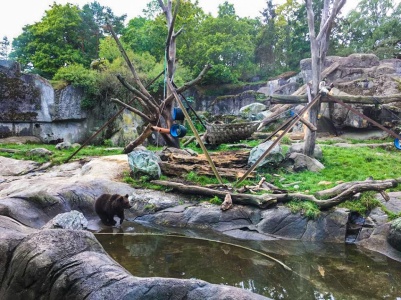 Ah, the most important part of any trip.  And while we didn’t get Tunnbrödsrulle—the mashed potato and shrimp salad covered hot dogs that Anthony Bourdain tracked down—nor had I done my due diligence and learn about Ekstedt until we had returned to America, but we did get some traditional local cuisine.  For lunch our first day, we sat in the small, cozy bar area at Operakallaren (I doubt, dressed as we were, we would’ve made it in the actual dining room) for some local favorites.  We split a sampler of pickled herring, which actually turned out to be surprisingly delicious, and then I got a sausage dish with a lingonberry sauce (Ikea is right!) and LeeAnne went with the Swedish meatballs (which were also excellent).  Dinner at this place could be incredibly stuffy and expensive, but sitting at the bar for some local specialties was the way to go. 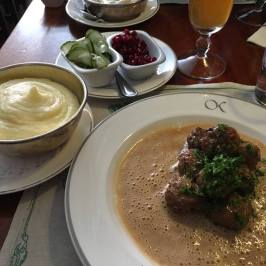 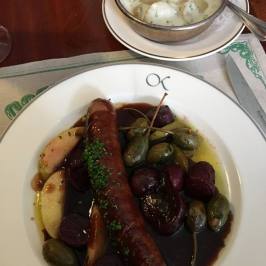 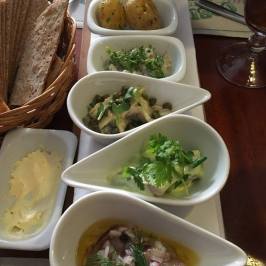 For dinner that night, we’d heard about a beer bar called Akkurat.  I didn’t know much about it outside of “it has good beer,” so I was incredibly surprised to see the selection when we got there.  I don’t even remember what kind of food we had (which is rare), but I do remember the bottle of Cantillon Gueuze, and the 2013 bottle of Cantillon Lou Pepe Kriek and Cantillon Fou Foune—and the incredible list of other bottles they had going back many years.  Even with these great bottles, our dinner only came out to SEK 1,229 (about $135) – which I know because I kept the receipt.  The place did get crowded later in the evening due to a live band, but our seats on the porch were mostly out of the way. 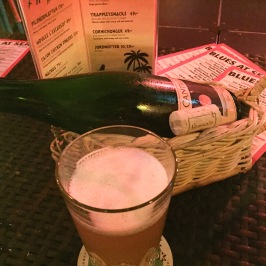 Finally, on our second day, we had time for one last meal before heading out.  After Skansen, we were walking around Gamla Stan, and happened into The Hairy Pig, a tiny place with a death-defying staircase to a basement bathroom (that could easily be a murder room), but a fantastic charcuterie board, which also came with bread and a dish of baked provolone with tomatoes, herbs, and plenty of oil.  We also ordered a sausage to top it off and left the restaurant—and Sweden—happy with the choices we’d made.

While more time in Stockholm—and Sweden in general—would have been preferable (I’m looking at you, Faviken!), I’ll take what I can get, and I got quite a bit out of Stockholm in our day and a half.  And while I did have to talk my way out of the ABBA museum, the things we accomplished and saw (and ate!) while we were there made the long weekend an incredible success.  Do spend more time there when you go, but do also make sure to check out these places (and yeah, maybe the ABBA museum) while you’re there. 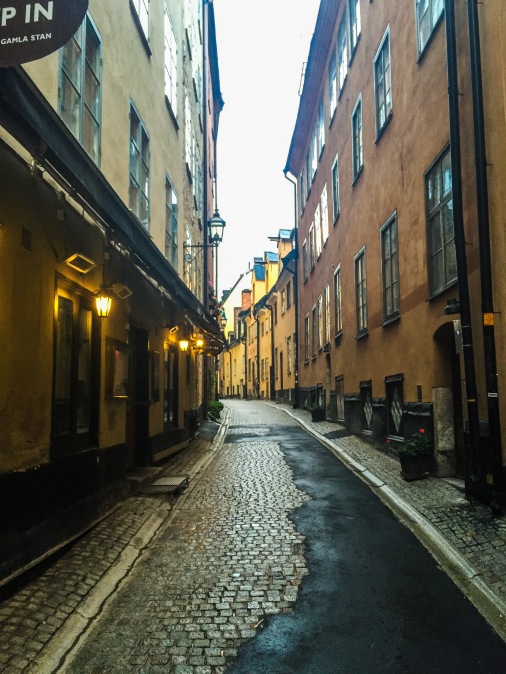