Ahead of our whirlwind tour of Stockholm, we spent the first part of our long weekend in Copenhagen—another 36 or so hours of trying to fit in as much as we could in a short amount of time.  We’d found an AirBNB in the Vesterbro district central to pretty much everything—about two blocks from the train station and, more importantly, even closer to Mikkeller’s flagship pub.  Once again, though, we were jam-packed with things to do, but not having much downtime doesn’t really matter when you’re in such a cool city.

There was a slight mix-up with the key to the apartment, so after we had to duck into the sex shop on the corner to use their wifi, we parked ourselves at Mikkeller for an hour or so to wait it out—and it’s amazing how quickly an hour of waiting can go by when you’re drinking some world-class beer.  The place is small and can get pretty packed, but there is plenty of outdoor seating to supplement.  The bartenders were very nice and knowledgeable, and the beer, of course, was tops. This should be a must for any trip to Copenhagen. 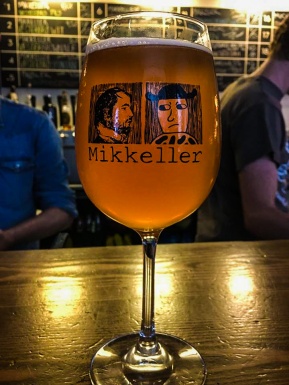 Close by is a rehabbed former meatpacking district, which now houses a small pedestrian area and numerous bars and restaurants.  We took our chances of walking up to Kødbyens Fiskebar—a seafood restaurant with numerous accolades and owned by a protégé of Noma’s René Redzepi.  For anyone not familiar with Noma, regularly listed as the world’s best restaurant, this is a pretty impressive claim—which is why it was surprising that we were seated outside almost immediately.  And the food did not disappoint—fresh fish (with the location of where the fish was caught) with preparations that seemed simple but were incredibly detailed.  We had brown crab with smoked cheese, burnt herbs, and salted green strawberries; seared mullet with baby corn, chanterelles, and chicken skin; and bleak roe with baby carrots, buckthorn, and quail egg—among other things. 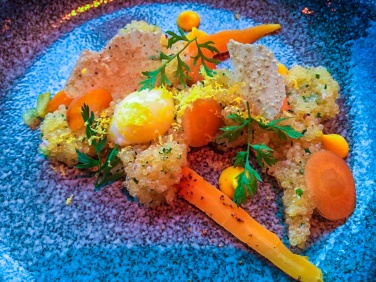 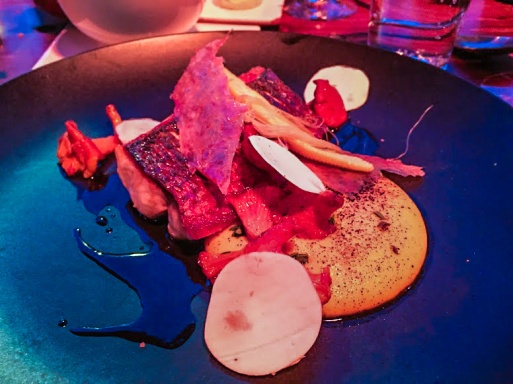 After a very fulfilling meal peppered with plenty of local beers, we headed across the way for a nightcap at War Pigs, a collaboration brewery between Mikkeller and lauded American brewery Three Floyds.  The place is also an American barbecue restaurant, but unfortunately we were too full to do anything but enjoy the intense beers on offer, which included a lingonberry Berliner weisse, a double IPA, and a triple black IPA. 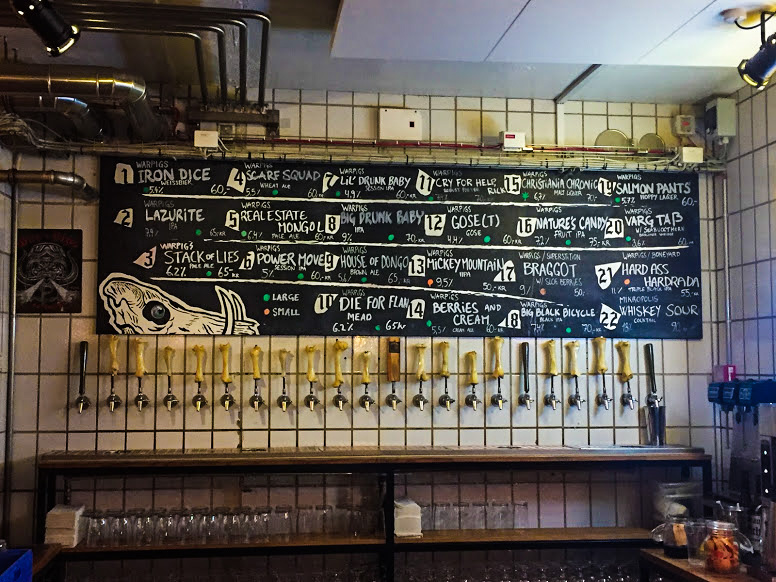 After this, we figured it would be a good idea to keep drinking, so we stopped at Bollyfood, an Indian restaurant with large carpeted pallets out front.  We stretched out on the pallets and ordered a few cheap Kingfisher beers to close out the night before stumbling back to our AirBNB.

The next morning, we got up early to grab some coffee and catch a free walking tour.  Once again, the tour was excellent, with probably the best tour guide we’ve ever had.  The guy was quick, witty, and incredibly funny.  We saw the major sights, learned about Copenhagen and Denmark, and got a crash course on what hygge (pronounced hoo-gah) means—a major part of living in Denmark involves being “hyggely.”  I can’t stress enough what a great way these tours are to see a city, especially if you do it early and then can pick and choose what you’d like more facetime with.  Even once you give your guide a tip (it’s really not a free tour, nor should it be), the tours are a great value. After the tour, on our way back to the apartment, we walked down the famous pedestrian street Strøget and stopped by the flagship LEGO store—something I’d been dreaming of since I was six. 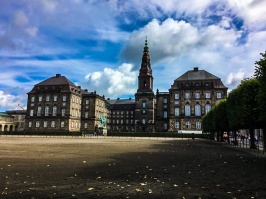 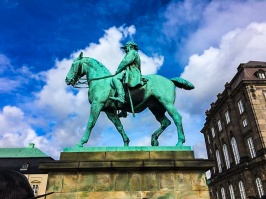 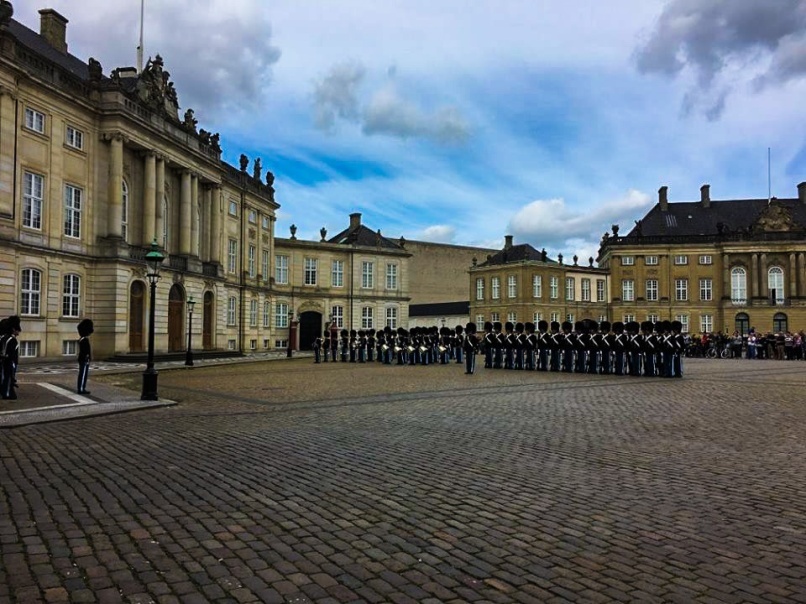 We also stopped by the touristically crowded Nyhavn, the small shipping port with brightly colored houses that is as photogenic as it gets.  Pictures always turn out well, but be warned that it is probably the most tourist-heavy spot in the city, so it will always be crowded. 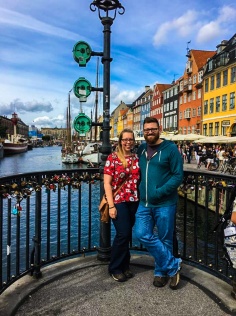 We stopped for lunch at Copenhagen Street Food on Paper Island, a small island across a pedestrian bridge from the city which housed a warehouse full of 50+ street food vendors.  The place was incredibly popular and packed, but we were still able to walk around and make the very difficult decision of what to eat, which turned out to be some local loaded hot dogs.  Unfortunately, the lease for this place was only temporary and had to be closed down.  The same concept opened on a similar island a little farther from the city under the name Reffen.  If it is anything like the original, it will be well worth visiting—especially if you make a day of it.  The new island, Refshaleøen, is full of places to eat and shop and things to do. 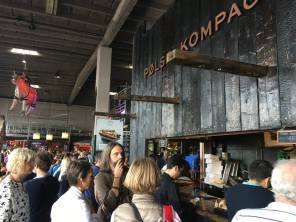 For our final night in Denmark, we stopped by Tivoli Gardens, as it was only a few blocks from our apartment.  It is the second-oldest operating amusement park in the world, having opened in 1843, but doesn’t feel antiquated in any way.  There are modern roller coasters and rides, though on a much smaller scale than most places, and lots of green space to hang out.  We wandered around the grounds—we weren’t really there for any thrill rides—and happened upon one of the oddest sights of all our travels: a version of Cinderella set to Danish techno music.  It was weirdly amusing, but we stayed til the end. 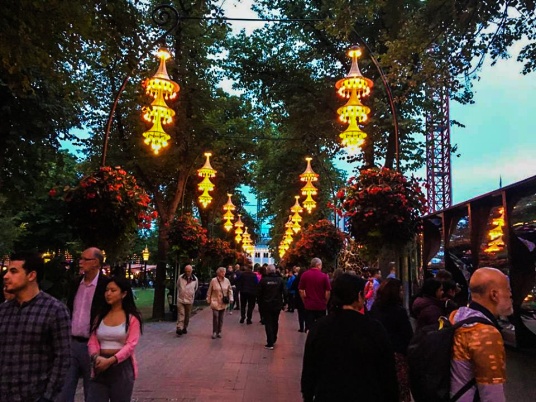 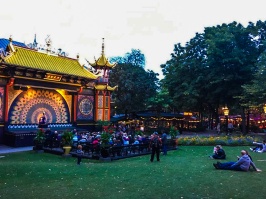 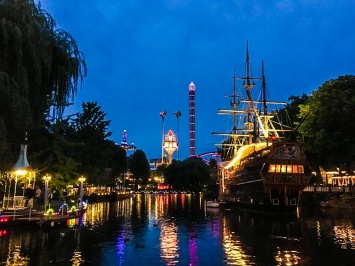 While in Denmark, a must-try is the Danish smørrebrød, which is a native open-faced sandwich on dark rye bread.  We stopped at popular local café Mad & Kaffe for one of our meals to try a variety of the sandwiches, and they were all excellent.  We had one piled high with avocado, one with chicken salad, another with fish and pickles, and a fourth that was heavy on the bacon.  We split them all, and I would definitely eat it again—if I had to compare it to the perceived hipster lifeblood avocado toast, I would say smørrebrød comes out ahead every time. 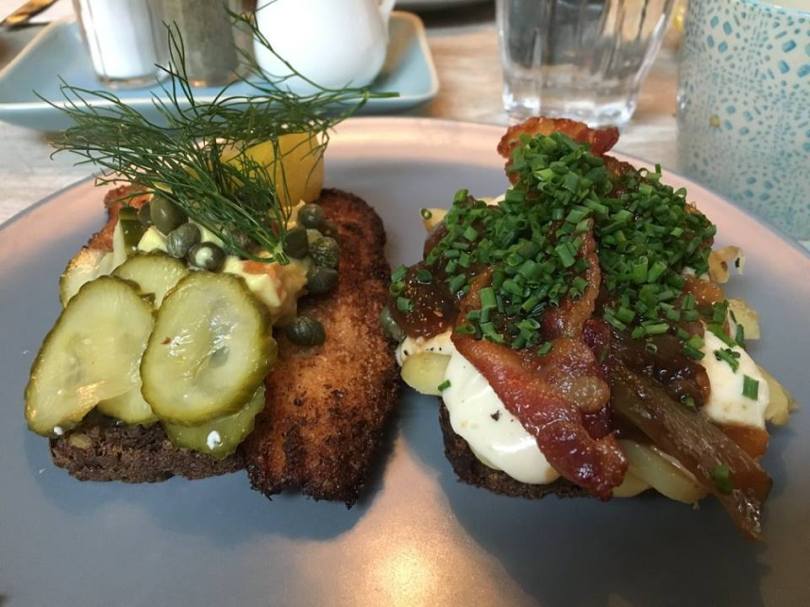 It’s not hard to see why Copenhagen and Denmark consistently make it to the top of “happiest people” lists and the like—the city was incredibly friendly, walkable, and just all-around pleasant to be in.  Any city that places more emphasis on pedestrians and cyclists than it does motorists will always get a thumbs-up from me, and if you throw in excellent food and some top-notch beer, I’d be happy to go back.  And while the city can be expensive, the day-and-a-half we spent there will never be long enough.  I can’t wait to go back.