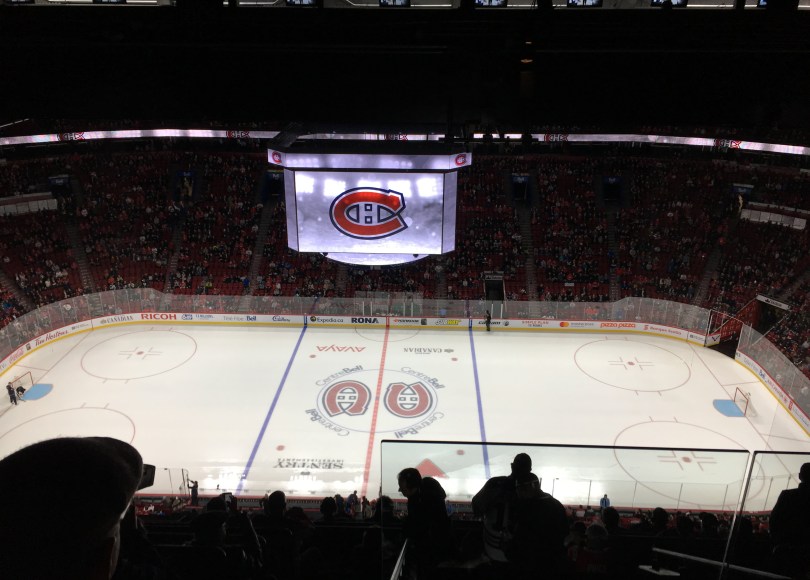 One of the great drawbacks—if you can call it that—of trying to see as much of the world as possible is that it doesn’t leave a lot of time for re-visiting any favorites:  I’m dying to go back to Vietnam; I want to give the Inca Trail another shot now that I’m a little more in shape; I want to eat more of Montreal. It’s also for this reason I try to make the most of a place when I am there, and I think in my limited time I’ve eaten pretty well in Montreal. This is just a small collection of a few standard places in the city, but no trip would be complete without at least trying some of these.

Regardless of where you fall on the New York vs Montreal bagel argument, Montreal bagels are damned good and should not be missed.  There are plenty of popular places, but St. Viateur is one of the most popular—they even have a 24-hour storefront in case you need an everything bagel at 3am.  Be prepared for a line if you go on the weekend, but don’t skip it just because there’s a line.  Any wait is worth your time. 263 Rue Saint Viateur O, Montréal, QC H2V 1Y1, Canada

Another stalwart of Montreal cuisine, this one serving up the ubiquitous Montreal smoked meat sandwich.  Not quite pastrami but just as good, the generality of “smoked meat” may be off-putting, but a trip to Montreal without having some is no trip to Montreal.  Schwartz’s another cramped little spot you will have to wait in a line for, but once again it is worth every second.  Sit down, have some pickles, and stuff your face with layers of supple smoked meat. 3895 St Laurent Blvd, Montreal, QC H2W 1X9, Canada

If there is such thing as a perfect food, it may be poutine.  Quality French fries, delicious hunks of partially-melted squeaky cheese curds, and a special gravy all on one dish—I don’t know how you can go wrong.  And if you go to La Banquise, a 24-hour spot offering dozens of varieties of poutine, you absolutely can’t.  And while I can be somewhat of a poutine purist (I mean, what else could you possibly need), some of the combinations here are way too good to pass up. 994 Rue Rachel E, Montréal, QC H2J 2J3, Canada

While this isn’t necessarily a food establishment, Dieu du Ciel! is one of Montreal’s best breweries.  As far as stouts go, Peche Mortel is a flagbearer of the style. The brewery has plenty of other great beers, though, and stopping in for as many as you can taste is highly recommended. The sample sizes make it easy to try a bunch, and should be taken advantage of. They do have food, though, in case you happen to take advantage of too many.

If you have a problem with foie gras, do not eat here.  Au Pied de Cochon is a shrine to not only foie, but indulgence in general, as memorialized in the early Quebec episode of No Reservations. And while we didn’t eat the sheer amount of food Bourdain did, I still couldn’t get to sleep for hours after eating here due to the richness of the food.  We started with foie gras croquettes, followed by chicken nuggets with foie gras and a warm maple syrup dipping sauce.  I of course had to get the foie gras poutine, and then the special of that night: a pizza topped with arugula, cured ham from the Au Pied du Cochon sugar shack, house-made ricotta, black truffle, foie gras, and drizzled with maple syrup. And then add some maple bread pudding for dessert. Holy shit, what a decadent meal. Thankfully it was within walking distance of our AirBNB, because I needed some exercise afterwards. 536 Avenue Duluth E, Montréal, QC H2L 1A9, Canada

Consistently ranked one of Canada’s best restaurants, it’s not hard to see why.  Joe Beef is tiny, but they pack a huge punch.  As LeeAnne said afterwards, “It’s been a long time since food has been so good I’ve burst out laughing.” You can’t go wrong here with their extensive chalkboard menu, and I would suggest doing what we did—we told our server that we just wanted six or seven courses of their best shit (those words exactly) and her eyes lit up.  My one requirement from the menu was the terrine as pot au pho, a terrine with pho spices topped with thinly-sliced tendon and herbs—it was incredible.  Also topping the list was was off-menu “pancake sandwich” of two fluffy pancakes with a fried egg, foie gras, maple syrup, and hollandaise. Despite how much I loved the over-the-topness of Pied de Cochon, Joe Beef was not only the best meal we had in Montreal, but the best we’ve had in all of Canada. 2491 Notre-Dame St W, Montreal, QC H3J 1N6, Canada

Montreal has a lot of great things to do—and if you’re a hockey fan, taking in a game at the Bell Centre should not be missed—but as a food town it ranks as highly as anywhere I’ve been. With its French influence and chefs that don’t hold back, though, be prepared to indulge.

I didn’t know what to get, so I got it all. Two frikadelle, two schnitzel, three sausage, sauerkraut, red cabbage, spaetzle, and mashed potatoes. All delicious.
Our two nights of camping at the Grand Canyon were excellent. They included some wildlife sightings, a hike three miles down into the canyon, a sunrise, and endless amazing views. I randomly picked some of the pictures, because they’re all amazing and epic and none of them do it any justice.
I would try to describe this to you, but when it comes to the Grand Canyon, I have to quote Rafi from The League: “Words are bullshit.”
As a huge @toolmusic fan, when @ktgoeshiking proposed a camping trip to Arizona, I agreed only if we could stop by @merkinosteria. Even as a fanboy I was very impressed with the wine, the food, and the dedicating to local farm-to-table everything. I had the Shinola Orancia (orange wine), Shinola Rosado (rosé), Tarzan Red, Chipacabra (red) and Helio Dolce Dessert (fortified red wine) and we are a bruschetta, gnocchi (the second best I’ve ever had), cacio e pepe, and some Merkin gelato (vanilla bean, bourbon, and pecan as well as malvasia and lavender). Definitely a side trip well spent.
Great day in and around Vegas with @smack.hudak and @twinkie_chick. Included a stop at In-N-Out for a 4x4 animal style, a donut ice cream sandwich, drinks at @hopnutsbrewing, @servehzah, @hudlbrewing, and @nevadabrewworks, and a trip out to Red Rocks Canyon. All with beautiful weather.
I haven’t been traveling, but I have been eating. I figured I’d share some of my food here since I’ve got nothing better to post about. This one is sausage with mustardy lentils and a celery-parsley salad recipe care of @mollybaz. Delicious.